“Winfrey's Fudge & Chocolates began in the basement of our home in 1979. Our first customers were wholesale customers. We still provide many Candy Store and Gift Shoppes our candies for wholesale they are among our first ‘wholesale customers.’ With over 250 wholesale customers in New England, we pride ourselves in the ability to continue to offer a quality product with excellent service and competitive prices. Today we offer over 23 varieties of our cream & butter fudge and more than 100 different fine chocolates. We still manufacture our fudge in copper kettles stirred over open flame gas stoves. We are especially proud that our children have taken the leadership. Second generation owners, our three children Scott, Mark and Jillian continue to use only the finest ingredients when making the Winfrey family secret recipes.

There are many new chapters to come in our young business. We have a dedicated staff and their contribution to the success of our business is substantial. Please read the important stories of our employees and know while you are reading, they are very important people here!”

The history of Winfrey's Fudge & Chocolates is filled with tales of arduous work and colorful stories. Established in 1979, Winfrey's began manufacturing our blend of cream & butter fudge the day Chris & Stu brought their twin boys home from the hospital. Their sons came home in September of 1979; Stuart & Chris decided to leave their jobs and care for their sons. This decision wasn't completely by choice. Twin babies weighing 4 & 1/2 pounds apiece demanded much of their energy and time. Their lives revolved around their every need. This demand was increased as a bouncing baby girl quickly joined the family.

Back in 1979 their decision created one small problem. They needed money to care for their family. The solution was to make fudge on a gas stove they had installed in the basement of their home. Their plan was to sell it to anyone who would pay for it!

Every time they made a batch of fudge, they realized they were also heating their home. They were on a mission to stay warm and conserve money so they quickly realized they should make lots of fudge!

Many local candy stores purchased Winfrey’s fudge, they were able to manufacture candy and heat their home at the same time. The demands from customer's volume put pressure on their home for space. So quickly they needed to rent space to manufacture and store products.

Winfrey’s first rented location was in Danvers, Massachusetts. They renovated a foundry into their first kitchen. All the fudge was made in copper kettles over open-flame gas stoves. The cream and butter purchased from a small local dairy continues to provide cream and butter today! (Dunajski Dairy of Peabody)

Every batch was stirred by hand with wooden paddles to blend the cream and sugar into Winfrey’s famous fudge. Their first real break came from Brigham's Ice Cream and Candy stores. Brigham’s stores were located throughout the greater Boston area; Winfrey’s manufactured all their fudge.

Winfrey's was now producing 1,000 pounds of fudge for Brigham's every 2 weeks!

Over the next ten years, they continued to manufacture and wholesale products. They included 23 varieties of fudge, 18 flavors of taffy and 10 fine chocolates. The chocolate line included clusters, chocolate pops, barks, and thin mints. All the chocolates were made by hand. Tables were covered with clusters, bark and pops!

Winfrey's Fudge & Chocolates started their organization in 1979 just 100 years after the "chocolate" we know today was introduced into the world's palate. The pace of change in consumer expectations regarding the quality of chocolate, the presentation of chocolate products and the variety of chocolates has propelled Winfrey's into becoming a fine chocolatier.

In 1990 Winfrey’s purchased their Rowley ‘manufactory.’ Finally, a building large enough to handle all the manufacturing needs was purchased. After 10 long years of saving and many long hours of hard work the “manufactory” was built! Quickly a little retail candy store was opened after numerous customers requested to purchase the fudge.

The first store was approximately 500 square feet when after one Valentine Day and Easter holiday season it was quickly realized the store was just too small. In 1994, 3000 square feet was added to the back of the building. Offices were moved and the candy store was expanded. Finally, the right size candy store provided just the vehicle to improve and market Winfrey Chocolates. Boasting 1500 square feet the flagship proudly displays all of Winfrey’s fine confections and flavors of fudge.

In 1995 a second retail store was added to their business. Stoneham, Massachusetts was the location of this powerful candy store. The community of Stoneham has supported our fine chocolates and fudges with sales increasing every year.

Third candy store is in Wenham, Massachusetts. This store was opened in 2008. The Winfrey’s will always have strong ties to their roots in Hamilton/Wenham.

The Beverly Store is now being used as a packaging and warehouse facility. The staff who work at the Beverly location pack boxes of chocolates, giftware, and Easter baskets.

In February of 2021, in the middle of a global pandemic, Winfrey’s opened a fourth Candy Store in Middleton, MA. That location has turned into a very valuable store. Winfrey’s fine Chocolate store has quickly become a Middleton landmark.

Scott Winfrey has over 20 years of “candy making” skill he learned from his experience of working with his father. He is also a graduate of the Gus Pulakis School of Confectionary science. He attended Wentworth College in Boston where he developed his skills in repairing the equipment needed to manufacture Winfrey’s Fudge & Chocolates. Scott is Winfrey’s Chocolatier.

Jillian Winfrey-Pallazola has a multi-faceted position at Winfrey’s. With her marketing degree she heads up the social media, print media and marketing of Winfrey’s. She also oversees all the Retail stores. In addition, Jillian is Human Resource manager.

Mark Winfrey uses his finance degree from Umass Amherst to juggle all the office tasks. He also is controller of distribution and receiving of Winfreys products.

Together these three tri-owners of Winfrey’s Fudge & Chocolate collaborate to continue to build a company dedicated to quality products with excellent service. 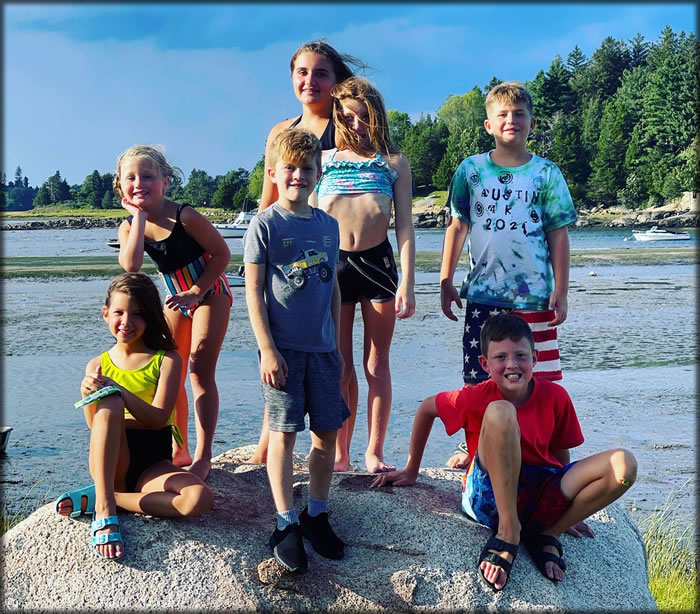