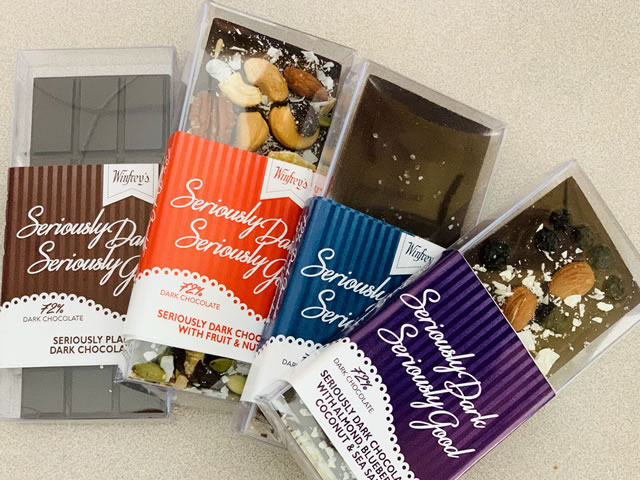 Chocolate is a food long regarded as magical, even supernatural, not to mention salubrious, today for its heart healthy properties, yesterday because of a solid medicinal reputation as well as an aphrodisiacal one. The thought of using Chocolate, more specifically flavanols, has gained credibility among nutritionist to decrease the risk of certain chronic diseases.

To start, did you know there were chocolate houses in Boston around 1700? Historians have located shipping records from the late 1600s detailing imports of chocolate beans from Jamaica, and a 1773 ship’s manifest lists a shipment of 320 tons of cocoa beans. Early consumption of cocoa was in a drink form. That’s enough to make 32 million cups of chocolate. Hospitals and Apothecary shops made available chocolate in balms, in medicines, in salves and in tinctures.

It wasn’t until 1819 when the first eating chocolate was produced in Switzerland. In the following decade Boston’s own Baker Chocolate Company produced the world’s first chocolate candy.

Harkening back to Boston’s early days, Winfrey’s has created our own blend of 72% chocolate bar. This Seriously Dark Bar has a blend of 72% cocoa beans often referred to as bittersweet. You can use this for baking, but it is extremely tolerable to eat alone! A great form of chocolate to snack on.

We have added Blueberries, Granola, Dried Fruits and Sea Salt to our blend of deep rich chocolate. Try one of our Seriously Dark Seriously Good Bars and experience chocolate’s rich dark intensity and a hint of smooth sweetness.